Lord Byron once called Dubrovnik ‘the Pearl of the Adriatic,’ and it’s impossible to think of Croatia without mentioning the glory that abounds in this ancient walled city. Dubrovnik’s celebrity status is seen in countless postcards and travel brochures, and its numerous inclusions on Europe’s ‘best of' lists have promoted it to one of the continent’s leading destinations. Dubrovnik’s charm is seen in all of its corners, filled with history, picturesque streets, squares, and steep alleyways that lead to unparalleled views. International tourism has certainly taken note, exposing the ins and outs of this jewel to help rank it as one of Croatia’s most visited harbors.

Dubrovnik was initially founded as Ragusa in the 7th century as a haven for coastal refugees from Epidaurum (today’s Cavtat). In the coming years, Dubrovnik was ruled by the Byzantine Empire until the Crusades and fell under the sovereignty of Venice. Destroyed by a fire in 1296, Dubrovnik was rebuilt and remained mostly independent, even under the vassal states of the Kingdom of Hungary and the Ottoman Empire. Dubrovnik was the crux of maritime trade in the Adriatic during the Middle Ages and was considered a pioneer, introducing a mandatory quarantine system (Lazaret) and Europe’s first pharmacy. However, a devastating earthquake rattled the town in 1667, killing 5,000 people with much of its Renaissance art and architecture destroyed. As it grew less important as a trading hub in the Mediterranean, an economic decline was inevitable.

After Napoleon arrived in 1806, Dubrovnik fell to British and Austrian forces. The Habsburg Empire annexed the city and its provinces in 1815, and the Kingdom of Dalmatia was established. The Austro-Hungarian Empire in Dubrovnik collapsed in 1918, after which it became part of the Kingdom of Yugoslavia. Italians and Germans occupied Dubrovnik during the Nazi-controlled Independent State of Croatia in WWII before a communist leadership was established with the Yugoslav Partisans in 1944. It remained part of the Socialist Federal Republic of Yugoslavia until 1991, and Dubrovnik’s tourism boom began as it was placed on UNESCO’s World Heritage list in 1979.

Dubrovnik was the victim of a catastrophic attack as Croatia sought independence during the Homeland War in 1991. A siege on the city lasted until the following year, with its famous walls shelled and hundreds of Croatian military personnel and civilian lives lost.  But just like it has time and time again, Dubrovnik flourished after the war thanks to intensive repair efforts. The tracks of tourism have flooded its streets ever since. 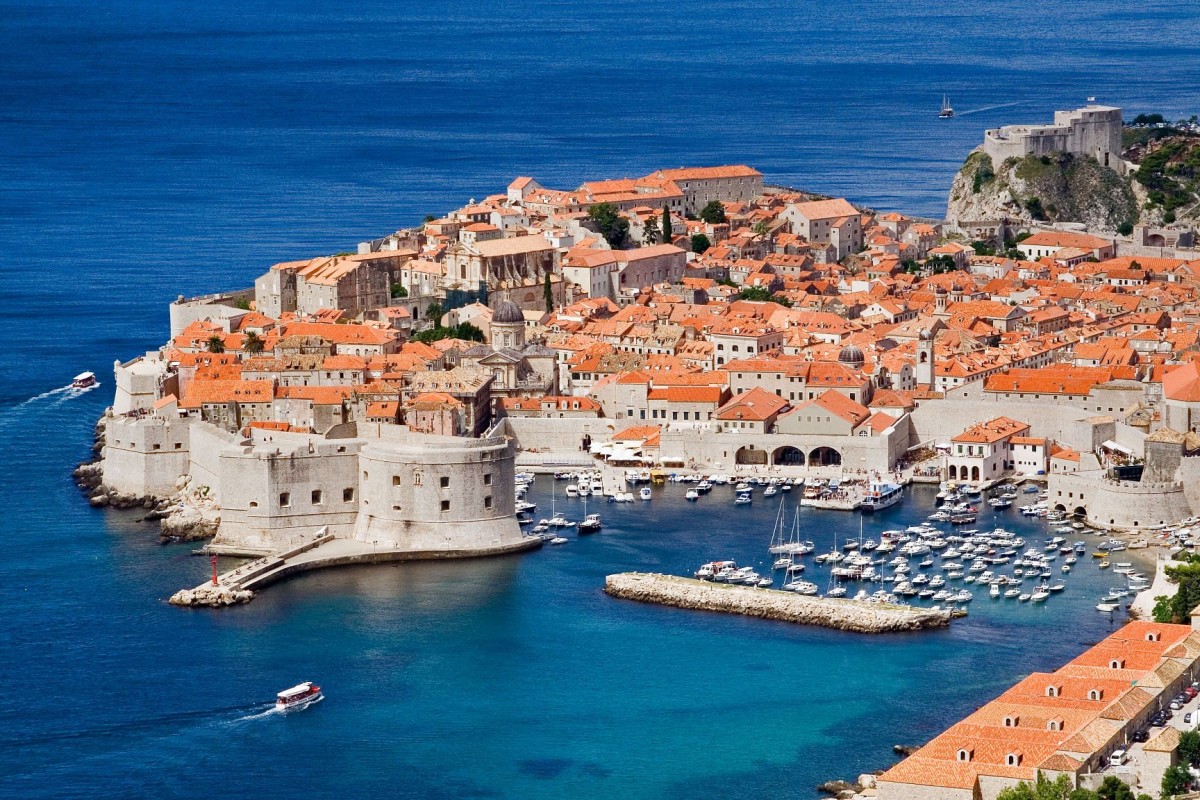 Dubrovnik is no stranger to luxury yachts, cruise ships, and sailors from all parts of the world, so it comes as no surprise that nautical tourism flourishes in this famous walled city. With that, there are a few marinas you can choose from on your next sailing holiday.

Perhaps the most popular is Marina Frapa Dubrovnik, not far from the old town. Located in the Gruž suburb of Dubrovnik and opposite the Gruž ferry port, Marina Frapa Dubrovnik boasts 220 berths for 10 to 50-meter yachts and even room for a yacht up to 100 meters! It’s also Croatia’s only marina with light plexiglass-covered piers for protection from adverse weather. ACI Marina Dubrovnik is just 6 kilometers from Dubrovnik’s old town, at the mouth of the Ombla river. With room for 380 berths and 120 dry berths, it has won Croatia’s ‘Tourist Flower’ quality tourism award several times as the best marina in the category of 250 to 450 berths. ACI’s newest marina, however, is in the Slano area, about 37 kilometers from Dubrovnik. While this may seem a bit far, Slano allows you to beat the Dubrovnik buzz, with 193 dry berths for yachts up to 20 meters at your disposal and easy access to the Elafiti islands.

All marinas boast several amenities to ensure you’re well prepared for your time at sea.

Where do we even begin! For starters, there are two absolute must-dos while you’re in Dubrovnik. Walking the old city walls, built in the 10th century with modifications in the 13th and 14th centuries, offers 360-degree views of Dubrovnik and its surroundings, each turn teeming with a new history lesson. You’ll also likely have a coffee on Stradun, Dubrovnik’s central street decorated with shops and bustling cafes where you can embrace the mix of local culture and international tourists. You’ll notice that Dubrovnik’s old town is rather compact, meaning it’s not hard to tick off many attractions from your list just by walking around.

The 6th-century baroque Dubrovnik Cathedral, for example, holds paintings from Dalmatian and Italian artists circa the 16th-18th centuries. Dubrovnik’s city gates are much more than a way to enter the old town. The Pile Gate, built in 1537, is known as the main entrance to the historic core, while the 14th century Ploče Gate is adjacent to the Revelin Fortress, built in 1580. Not far from the Pile Gate is one of Dubrovnik’s central landmarks, the large Onofrio fountain, originally built between 1438 and 1444, while the 15th-century gothic-renaissance Rector’s Palace once housed Dubrovnik’s elected rector. St. Blaise Church, built in 1715, is dedicated to the city’s patron saint, while the Sponza Palace, built from 1516 to 1522, is one of the few to survive the 1667 earthquake. The Orlando Column has been the central location to announce city events since 1417, while the Bell Tower sits tall to mark the end of Stradun street. And we mustn’t forget the Franciscan Church and Monastery, built in the 1600s, with one of Croatia’s most treasured libraries!

When you’ve had enough of history, you can head to the island of Lokrum, just 600 meters from the town and first mentioned in 1023. An escape from the crowds to enjoy a day in nature with subtropical vegetation, Lokrum also boasts 19th-century Botanical gardens and the ruins of a Benedictine Monastery. But if you haven’t had enough of Dubrovnik’s views? Head up to Mount Srđ and ride the cable car down to feel as if you’re floating above the old town’s red rooftops. The Elafiti islands are a dream for sailors exploring the Dubrovnik seas. This small archipelago stretches northwest of Dubrovnik, with Šipan, Lopud, and Koločep the most popular stops for an island lunch while you’re at sea. 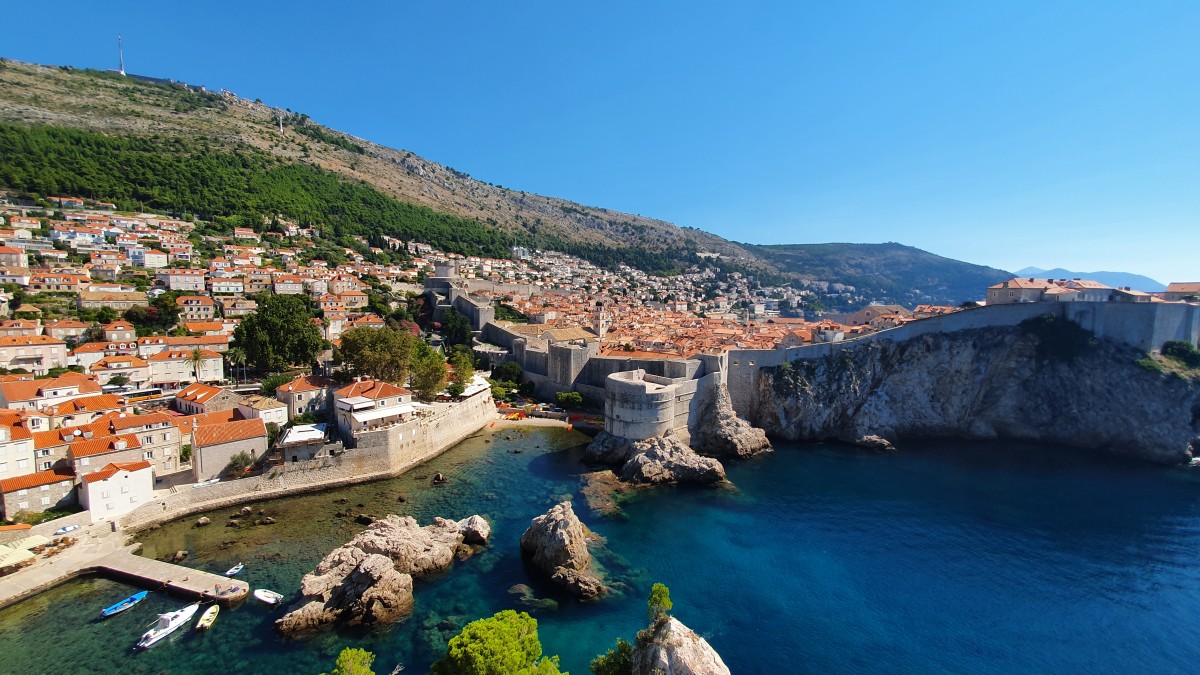 What to eat & drink

Gourmands consider Dubrovnik’s foodie scene heaven, with many fine-dining restaurants to suit your culinary fancy. For example, did you know that Dubrovnik boasts one of Croatia’s few Michelin-star restaurants? Namely, 360 Dubrovnik earned a Michelin star thanks to chef Marijo Curić in 2018, which it still holds to this day! Other standouts are the seafood-savvy Proto, which Michael Jordan enjoyed during his 2021 summer holiday, and Nautika, sitting on a unique terrace with views of Fort Lovrijenac. But these hardly scratch the surface of what you can uncover eating your way through the town.

If you’re looking for something a bit harder, Buza Bar is a unique cliffside hangout for cocktails with a view, and D’vino Wine Bar allows you adventure through Croatia’s best wine (with the nearby Peljesac wine region in focus) and local charcuterie boards. You’ll even discover a few Irish pubs!

​​A city this pretty comes with a lot of precious cargo, and Dubronik’s beaches certainly carry the load. The most popular pebbled beach is city beach Banje, located right outside the old town with views onto the walled city. Banje enhances its laid-back vibes with a DJ, restaurant, chilled cocktails, and sun loungers. Also popular is Sunset Beach at Lapad Bay. A short ride from the old town, Sunset beach is a great place to bring the kids, thanks to plenty of restaurants, cafes, and watersports. One of the most beautiful beaches in Croatia is Sveti Jakov,  just 30 minutes on foot east of the old town. Not only will you enjoy unrivaled views and cerulean blues, but a beach bar, restaurant, and beach amenities are available to beachgoers. Along the walls of the old town, you can find rocky stone beaches like Buza and Bard Mala Buza, or Šulić beach located in Pile beneath Fort Lovrijenac. And for a real insider tip? Take your boat to Betina beach, located inside a rock cave and only accessible by the sea! One shouldn’t forget about Dubroviik’s many beach clubs, like Coral on the Lapad peninsula, or hotel beaches like Bellevue! 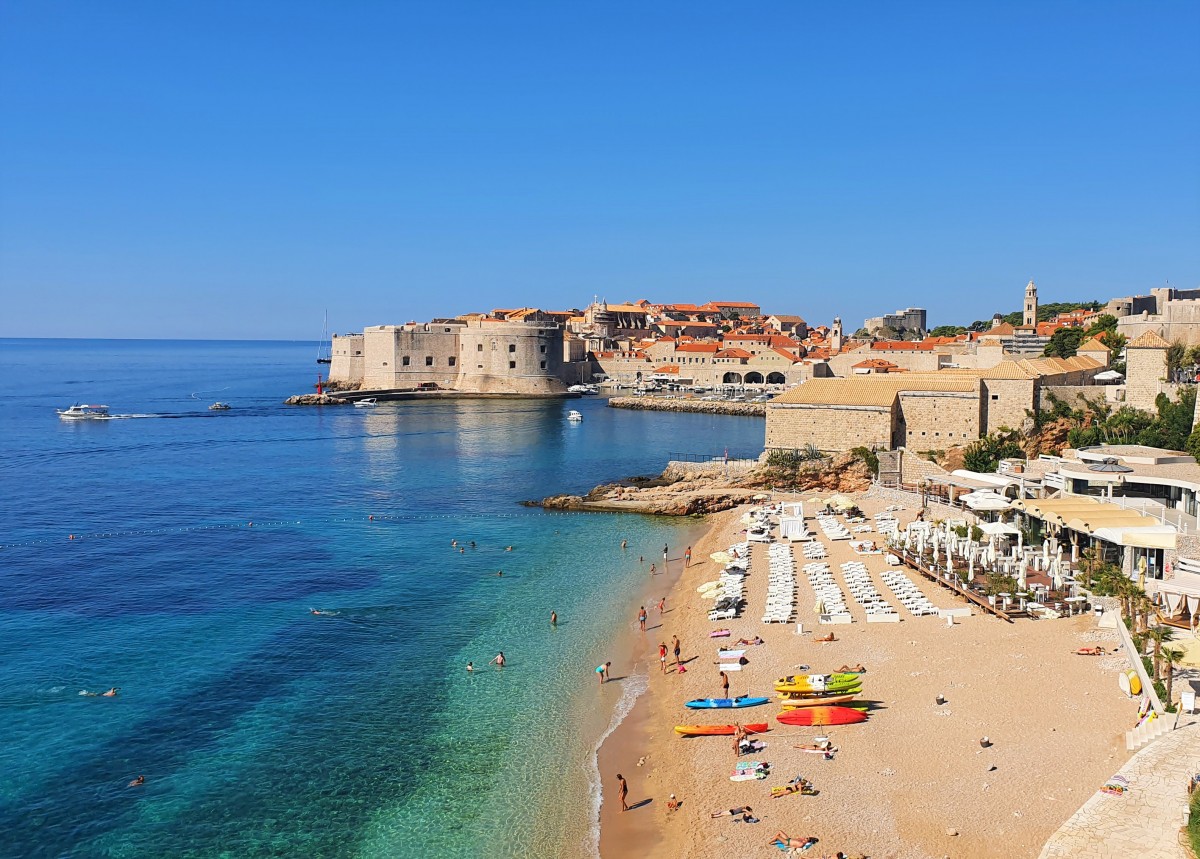 While Game of Thrones walking tours has certainly taken precedence as one of Dubrovnik’s main activities, there is a world of other ways to unearth the city’s beauties. Active tourists may enjoy kayaking around the old town, while jet skiing is wildly popular around the local beaches. Snorkeling and diving are always popular in the Dubrovnik area, but anyone that prefers to keep their head above the water can hop on an off-road buggy safari tour or ride ATVs around Mount Srđ! The real adrenaline junkies in the group should not miss DU the Wire, the longest seaside zipline in Croatia. This 900-meter-long wire will take you to a maximum speed of 100 km/h!

Feeling the itch to visit Dubrovnik yet?