Amongst its beauty, Croatia is famous for its gastronomy. Being influenced by different nations and directions throughout history, made the Croatian gastronomic offer rich and various, combing eastern, Mediterranean, and continental cuisine. There are so many recipes that are not to be missed when visiting Croatia but what about those old traditional meals that our ancestors ate? Traveling is often about trying the unusual and attempting to experience a different culture in the country you’re visiting. One of the best ways to do this is to try the foods locals eat. While these dishes may be odd to the outside eye, to locals and foodies in certain regions, they are delicacies with a heritage that should be preserved. Of course, “weird food” is a bit judgmental. Often, we simply don’t realize how tastes and food have changed over the years. I mean, after all, they used to consider lobster and crab weird food until they became the food of the rich and none of us could afford it. We’re bringing you a list of the oddest foods you’ll encounter on the Croatian coast hoping that some of them will one they reach the fame of Oysters or those funny-smelling black fish eggs, or what they call them – Caviar. Joking aside, let’s dive into the “odd” side of Croatian gastronomy!

Brač is well-known for its traditions and history, and when it comes to gastronomy, this island is no different. A perfect example is seen with one unique dish which has entered the list of intangible cultural heritage - vitalac. This ancient meat dish is made from pieces of suckling lambs’ or young goats’ offal, usually the (liver, heart, lungs, and spleen). These parts are then skewered and wrapped in the abdomen of the animal before it is wound in the small intestine and roasted. It is usually served with spring onions and roasted potatoes. Should you wish to taste this Brač specialty, you can find it in many authentic taverns (konobas) around the island.

Believe it or not, eating dormouse is a culinary tradition in Croatia, especially on the islands of Hvar and Brač. Called ‘puh’ in Croatian, this rather cute rodent, similar to a squirrel, is prepared whole with diners expected to pick the meat off the bones, this delicacy has been enjoyed since the Romans ruled, who enjoyed it as an appetizer or dessert. Edible dormouse is a traditional peasant dish and dormouse trapping is an important local event!  Should you try dormouse on your Croatian sailing holiday, it’s best to attend Puhijada, the dormouse festival in Dol on the island of Hvar. Crispy, tender, and a bit greasy, it may be one of Croatia’s weirdest traditions!

This centuries-old recipe dates to the Venetian Republic in the 16th century, whose citizens used it to make meat last as long as possible in the winter. It's prepared with a fresh beef tongue which is combined with a mixture of salt, coriander, and garlic, and it's then left pressed under a weight for a few days up to a week. After that, it's cooked with root vegetables in a broth until it softens. The tongue is thinly sliced and served cold, usually accompanied by a sauce made with horseradish, apples, and capers. It is also called the Dalmatian pastrami. This dish can be enjoyed in several ways - cold, likely in a sandwich, or lukewarm, served next to other boiled meats.

There are a few places in Croatia alone that serve this fancy amphibian, but it’s perhaps most popular in the Neretva Delta and the inland town of Trilj. The most popular local froggy dishes are fried frogs, grilled frogs with prosciutto, frog risotto, frog stew “brodet” and mixed broth (eel and frog broth). Even though they used to be considered a staple of the poor, today frogs make a delicacy and are served often in top local restaurants. With delicate meat that falls off the bone, people are known to go great lengths in Croatia for frog fare. 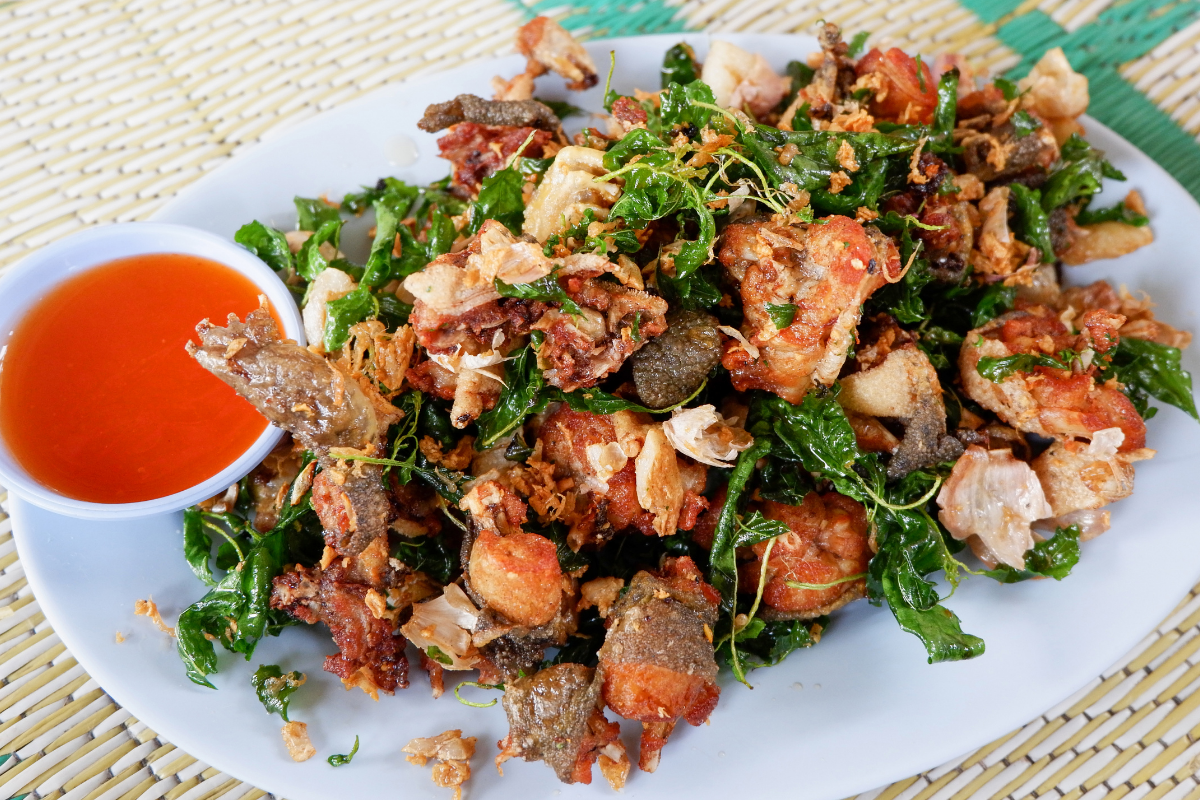 Tripe, or the edible stomach lining of animals, is not uncommon in many cuisines of the world. However, it’s safe to say that Dalmatians do this dish a little differently. Usually cooked in a thick sauce with vegetables, peppers, and white beans, and seasoned with smoked bacon and Dalmatian prosciutto before it is sprinkled with parmesan, tripe is Dalmatian comfort food that is best served with a side of polenta. While many enjoy this dish around wintertime when smoked meats are king, tripe can be enjoyed any time of year. You just need to have the acquired taste! 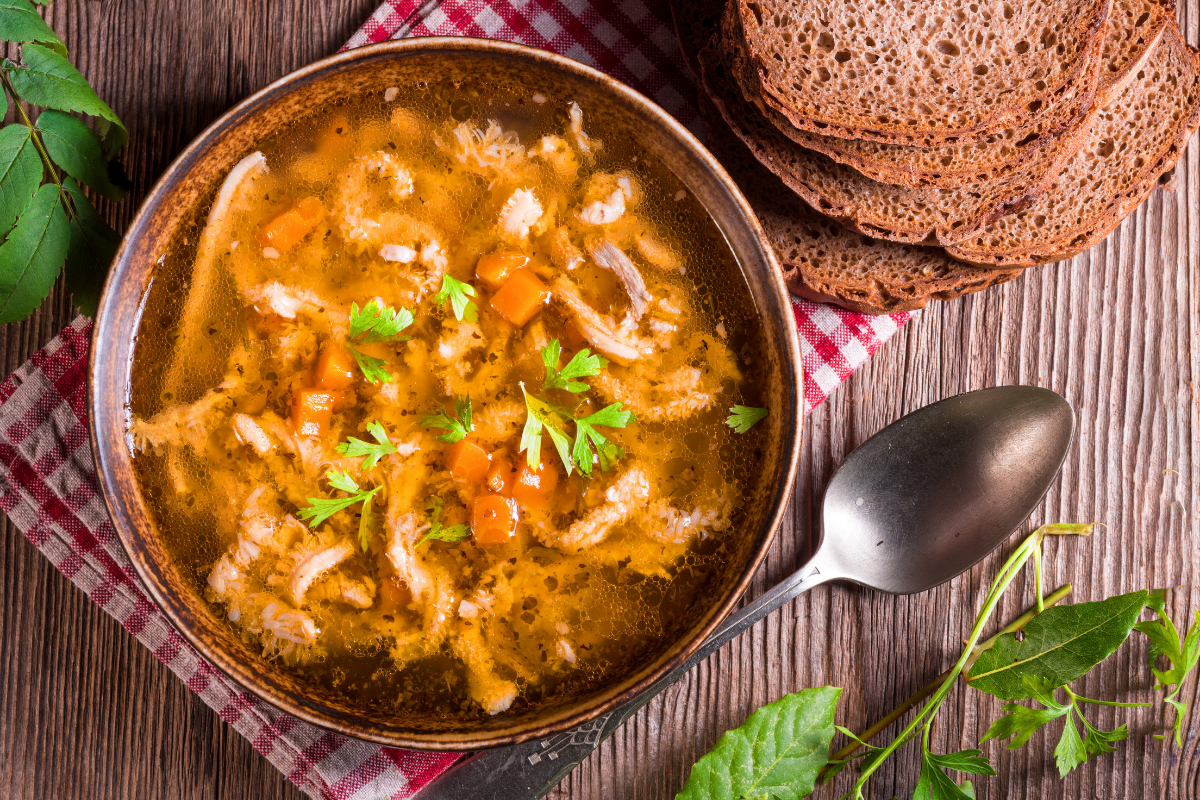 Roasted lamb is a traditional part of every celebration in Croatia. After the lamb has been roasted whole on the spit it is cut into chunks and served. Only the bravest ones are served the whole head so they can enjoy the delicacies like cheeks and brain. 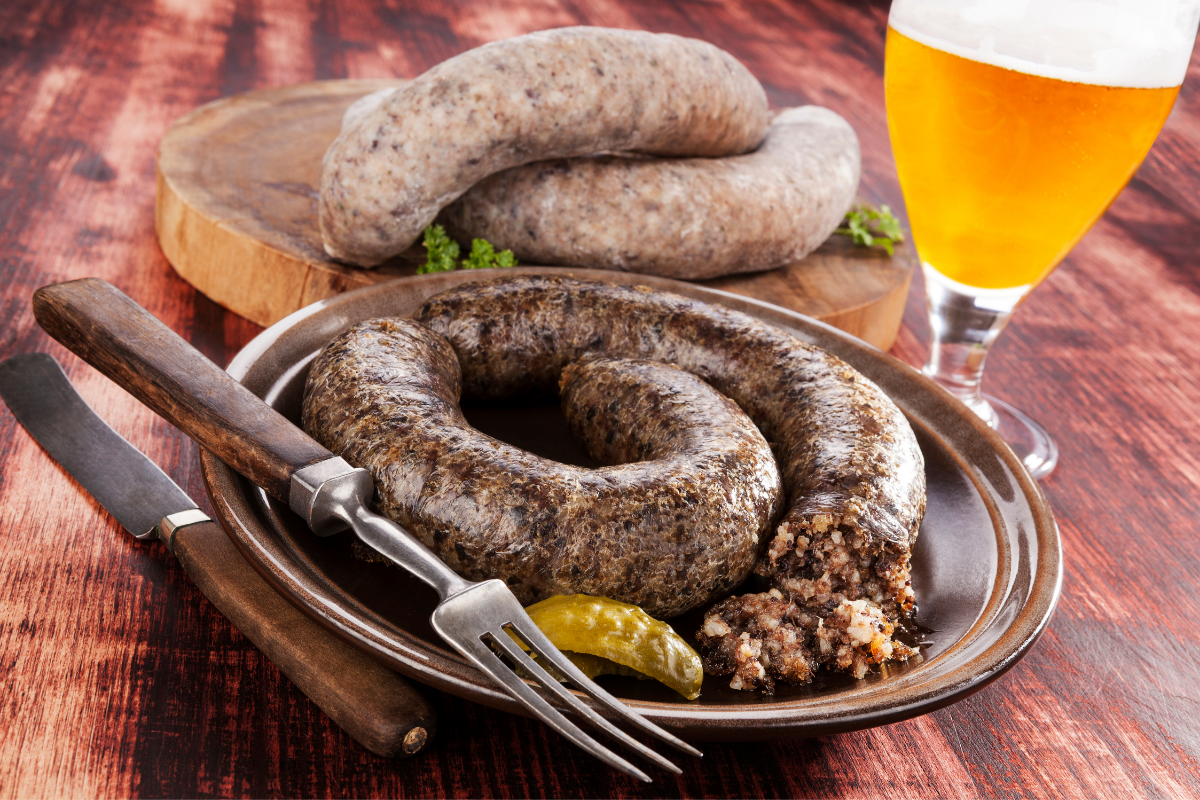 Don’t worry there is something for vegetarians too…

If you watched Andrew Zimmerman eat his way through Croatia on the Travel Channel TV show ‘Bizarre Foods’, you already know a thing or two about stone soup. Called ‘a beach landscape in a bowl’ by Zimmerman himself, stone soup uses Adriatic Sea stones as its foundation. Namely, this specialty of the sea uses hollow stones, and those covered with shells and small shrimps are recommended. Placed in a large pot with water, red onions, carrots, tomatoes, potatoes, parsley, olive oil, and some salt & pepper, this soup is ready once the veggies are cooked through - and the stone is then placed in your bowl as a garnish while eating!

The cheese with caramel owes its name to the old way of preparation on the fire, in a bowl on the gap between the wood that held it and heated it. The young sheep's cheese is cut into slices, and meanwhile, the sugar is heated in a bowl with a little water. When the sugar has melted, the cheese is added, and as soon as it softens, it is ready to serve.

Smutica ili hmutica, in other parts of Croatia, also known as bikla, is the original Brač cocktail whose name (hmutati, miješati) suggests that it is a mixture of wine and milk, recognizable by the color of cyclamen. Bikla occupied an important place in the diet on the southern Dalmatian islands and the Dalmatian hinterland, especially in difficult living conditions when its strong quality was important for survival. 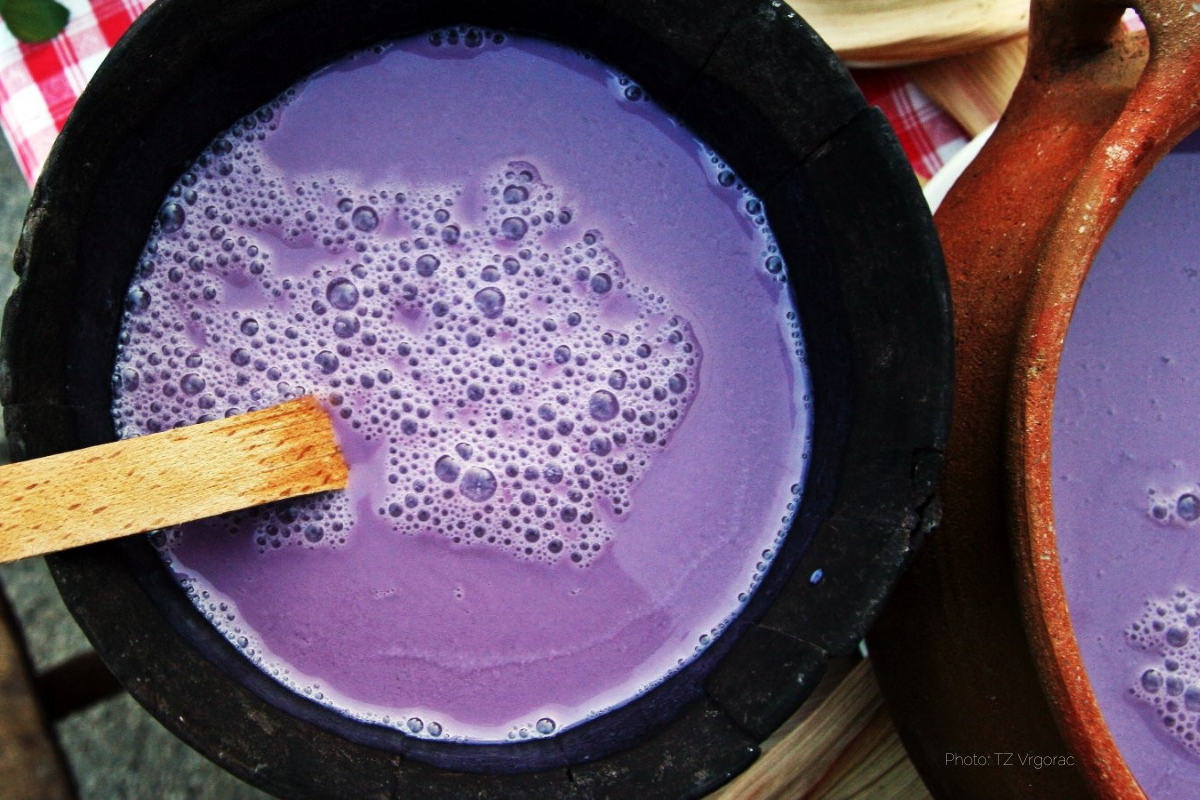 Must-Try Foods on the Croatian Coast

Cavtat - A pure bliss beneath the bustling Dubrovnik