Did you know that Croatia boasts eight national parks, four of which are located along Croatia’s coast? We’re certain you’ve heard of the most popular Plitvice Lakes, best-known thanks to its 16 cascading waterfalls. However, it’s not the easiest to reach on your sailing holiday. Fortunately for all sailing guests, there are many other national parks that pack the same punch - and we’re here to map out your park-perfect sailing route to make sure you don’t miss a beat while wrapped up in Croatia’s natural world. Let’s start in the north. 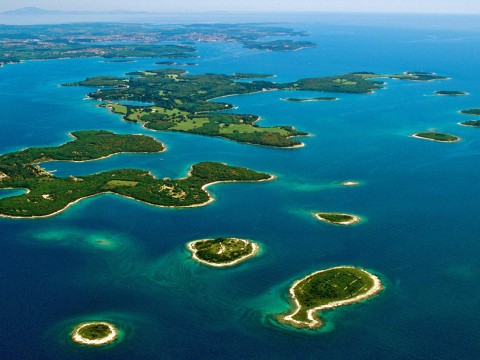 If you opt for the Istria sailing route on your Croatian holiday, it’d be foolish to bypass Brijuni National Park along Istria’s western coast. While this national park is composed of 14 islands, many cannot welcome tourists, making Veliki Brijun the most popular for visitors. Brijuni National Park is rich with ancient history and enhanced by geo-paleontological sites - and the precious findings of over 200 dinosaur footprints are a testament that this ancient creature walked Brijuni 130-100 million years ago! Brijuni also has a safari park where flora and fauna thrive, one of the oldest olive trees in the Mediterranean, and the remains of a 1st-century BC Roman villa! But that’s just part of its appeal. Active Brijuni visitors can partake in golf, scuba diving, cycling, and tennis, with many educational trails to be explored. Brijuni’s beauty was even admired by Josip Broz Tito, the president of the former Socialist Federal Republic of Yugoslavia, who made the Bijela vila (“White villa”) his official residence in 1953! Visitors can even rent one of the most interesting attractions at the park - Tito’s perfectly preserved Cadillac.

You can buy tickets for Brijuni National Park HERE. 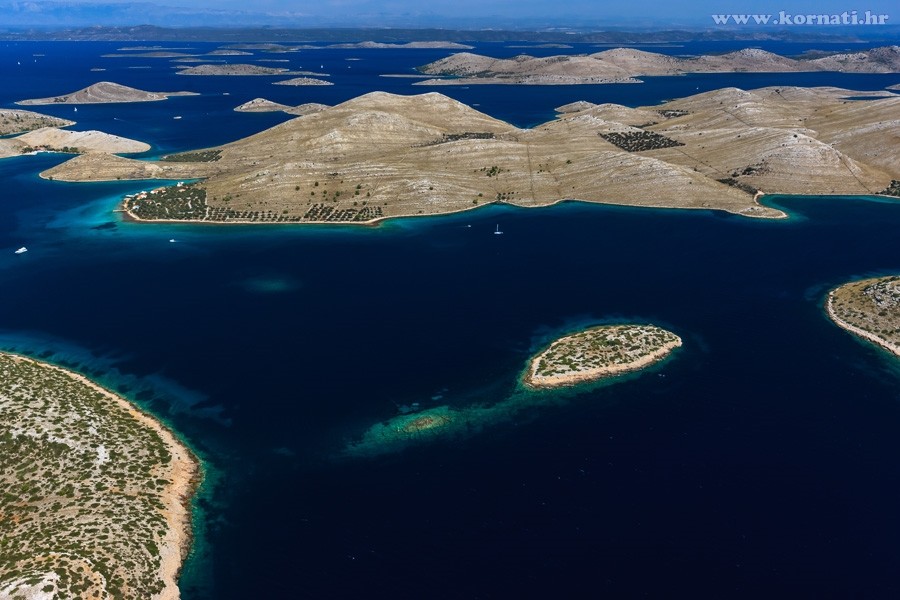 Irish playwright George Bernard Shaw once wrote that "On the last day of Creation, God desired to crown His work, and thus created the Kornati Islands out of tears, stars, and breath". And you get to see why. Internationally known as a ‘nautical paradise’, Kornati National Park’s 89 islands, islets, and reefs make it a dream for sailors. Located in the northern part of Dalmatia in Šibenik-Knin County, Kornati National Park stretches across 217 kilometers of coastline. Thanks to its jagged and indented coast, stunning landscape, unique geomorphology, and submarine ecosystem, it was proclaimed a national park in 1980. Kornati’s underwater world attracts divers and snorkelers who can submerge in 9 zones within the national park, where thriving marine life is amplified by reefs, soft corals, red gorgonians, caves, tunnels, and shipwrecks. On land, the ‘lunar landscape’ sets the backdrop for visitors to explore 700-800 higher plant species and 850 animal species, too! The park also believes in promoting eco-tourism, all to preserve this jewel of the Mediterranean.

You can buy tickets to Kornati National Park HERE. 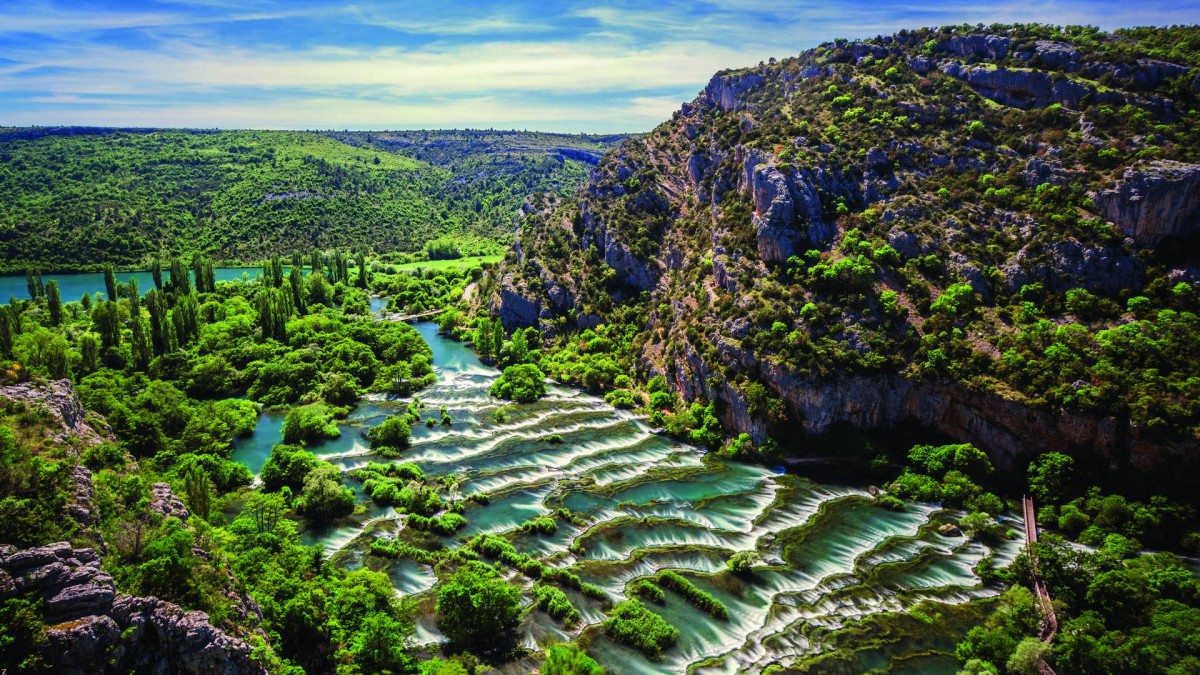 Just because the Plitvice Lakes waterfalls are a bit out of reach on your sailing holiday doesn’t mean you don’t get to see any. Meet Krka, one of Croatia’s most famous national parks thanks to, well, its waterfalls. Located just 10 minutes from the seaside UNESCO town of Šibenik, Krka National Park is set on the Krka River, the 22nd longest in Croatia and a natural and karst phenomenon. Seven travertine waterfalls draw visitors to this park, but Skradinski Buk is the most Instagram famous - and visitors could still swim here until 2021! With perhaps the most diverse offer of Croatia’s national parks, Krka visitors can also explore educational trails, an Orthodox monastery first mentioned in 1402, the Bronze Age Ozidjana pecina cave, and Visovac Island, where the Franciscan Monastery of Our Lady of Mercy, and the Church of Our Lady of Visovac, have stood since 1445. Krka National Park also recently added 470 kilometers of cycling trails for those looking to ride in nature, with 1022 plant species and 175 animal species to discover!

You can buy tickets for Krka National Park HERE. 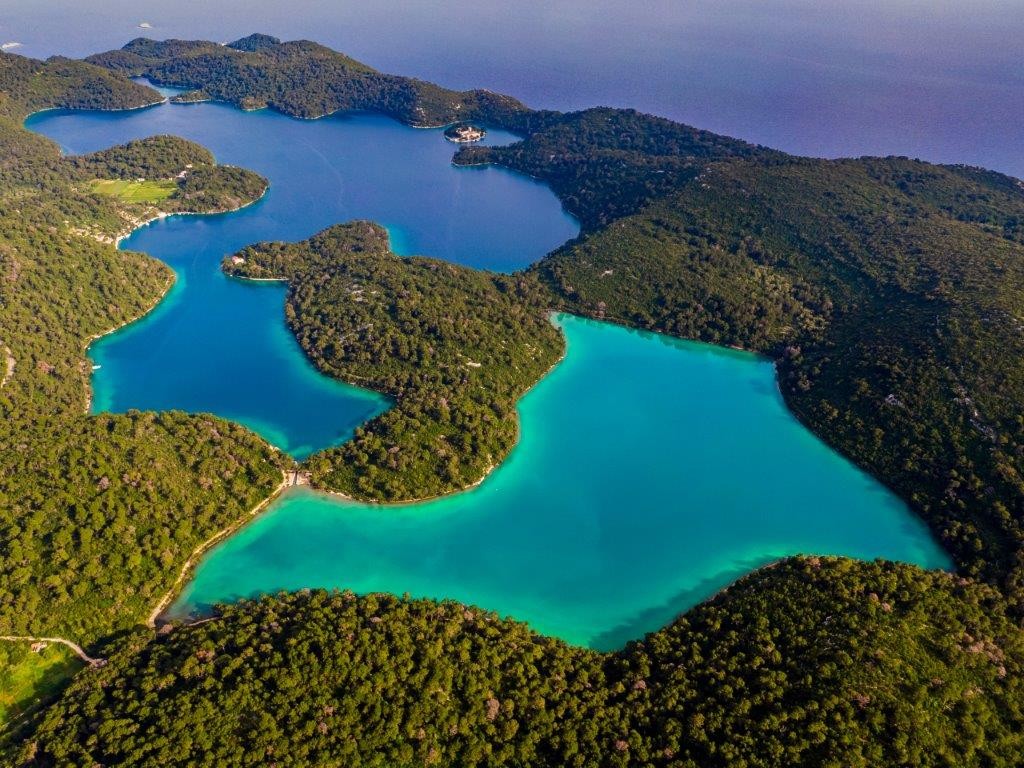 Situated in southern Dalmatia not far from the Pelješac peninsula, Mljet is known as Croatia’s ‘green’ island thanks to its lush Mediterranean vegetation and geographical location. While 90% of the park is covered by forest, Mljet is also known for its sea caves, stunning bays, two saltwater lakes, and cultural heritage. The settlement of Polače, for example, dates back to the Greek and Illyrian period, with Roman remains and thermal baths, a 5th-century residential complex, and an early Christian church to uncover. Polače also boasts some of the best natural anchorages in the Adriatic! The more popular St. Mary’s Island is famous for a church and monastery from the Middle Ages, remains of medieval fort architecture, and 15th-century Gothic chapels. Mljet’s environment is abundant with native species, while natural wonders like the Odysseus cave, an homage to Homer’s epic hero, attracts snorkelers and scuba divers thanks to its unique formation. Hikers and cyclists have also found paradise on Mljet since it was pronounced a National Park in November 1960.

You can buy tickets for Mljet National Park HERE.

There is no better way to get in touch with nature than by visiting one of Croatia’s national parks on your sailing holiday. In order to beat the summer crowds and skip lines, be sure to book your tickets in advance. You’ll often find that you’ll save a buck or two, too.