With a climate ideal for travelers, blissful for boaters, and supreme for anyone wanting to cradle health in their hand, the island of Lošinj is heaven on earth and a haven at sea.

Meet Lošinj, the island of vitality, known as a health resort with healing properties since 1892. Part of the Cres-Lošinj island group, Lošinj is the 11th largest island in the Adriatic Sea, tucked into the Kvarner Gulf in the northern Adriatic. Its coastline stretches almost 113 kilometers, embellished by breathtaking bays and spellbinding coves, while over 260 sunny days each year make it one of Croatia’s sunniest destinations. 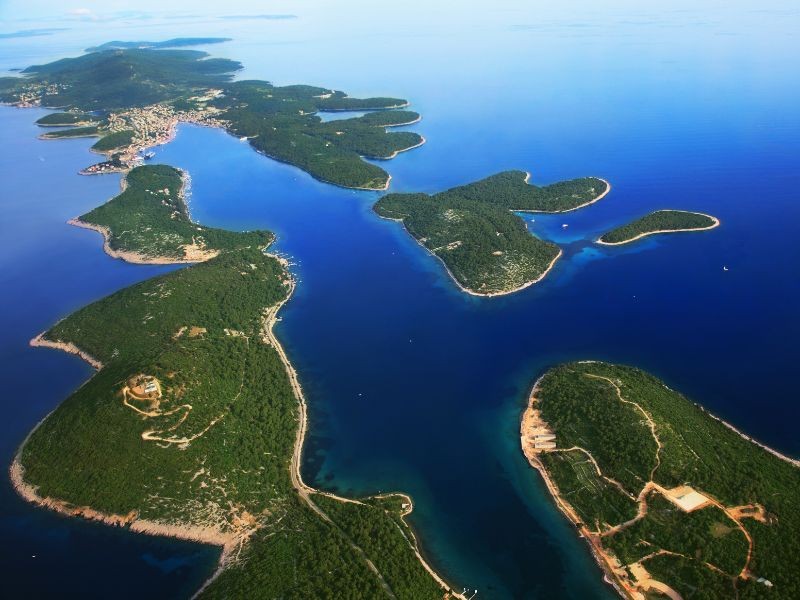 Lošinj’s history can be traced back to Antiquity when the archipelago was named after the mythical hero ‘Apsyrtus.’ The first settlements on the island were founded in 1280 in today’s Veli Lošinj.

Interestingly, Lošinj was mostly uninhabited until the 13th century, but that doesn’t mean that forthcoming centuries failed to compensate for any excitement. Fishing and seafaring first took off in the 17th century, before booming in the 18th and 19th centuries when the town of Mali Lošinj was second in shipbuilding during the Austro-Hungarian Monarchy, just behind Rijeka and ahead of Trieste.

But Lošinj was much more than its seamen and shipbuilders. In 1880, the first meteorological station was opened by Ambroz Haračić, revealing that the island offers ideal conditions for the development of health tourism, especially for those with respiratory issues.

It didn’t take long for word to spread among medical experts, and the first tourist was registered on the island on January 21, 1885. Mali Lošinj’s first hotel was erected in 1887, and in 1892, Mali and Veli Lošinj were declared climatic health resorts by the Austrian-Hungarian Monarchy. Summer tourism kicked off after 1905, with Čikat Bay in Mali Lošinj developing tourist accommodations, swimming areas, a coastal promenade, and walking trails.

Applauded for its fragrant pine forest, luminous sea, and clean sea air, Lošinj soon became more than a sanctuary for recovery. Mali Lošinj was named the 'Champion of Tourism' in 1987 and 2007. And it has only gone up from there. 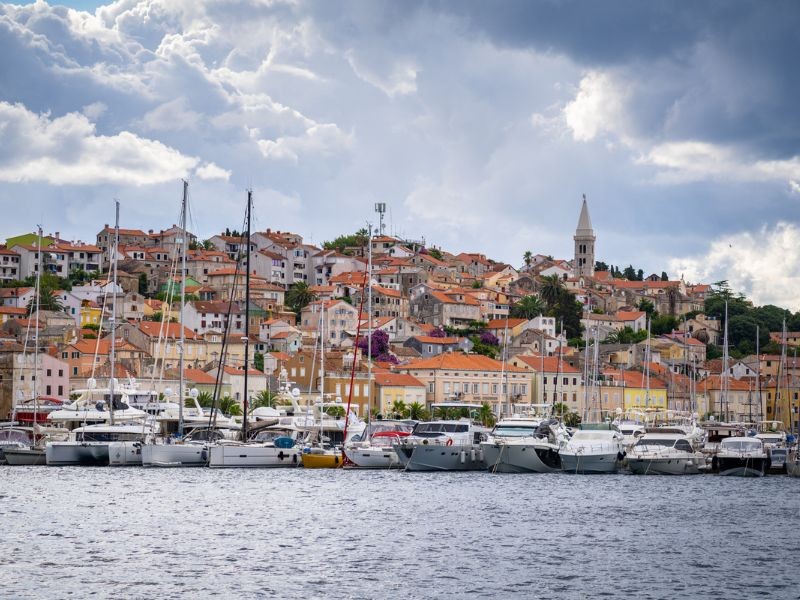 Marina Lošinj is the perfect launching pad for any sailing exploration of Kvarner Bay. Located close to the Privlaka passage near Mali Lošinj, this marina is equipped with 175 sea berths that can welcome vessels up to 30 meters - and when you factor in that it’s also naturally protected against strong winds and waves, it’s a foolproof stop for sailors in the northern Adriatic. This marina also boasts a reception, tourist agency, grocery store, restaurant, sanitary facilities, nautical equipment shop, and one of the biggest gas stations on the Adriatic.

Lošinj’s dreamy archipelago is also adorned with many attractive anchorages. Like the naturally-protected Jadrišćica, for example, near the village of Punta Križa, in the southernmost part of Cres.

Just west of Lošinj is Maračol Bay, another not-to-miss spot on the island of Unije, while Balvanida Bay is found on the western side of Lošinj, offering good protection from all kinds of winds. And then there is Krivica, a narrow bay in the southwestern part of Lošinj, enveloped by lush pines. 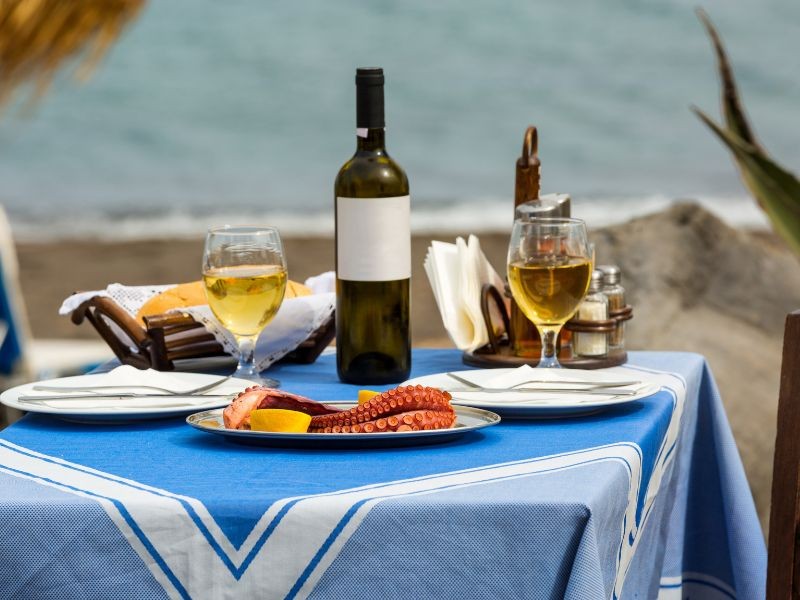 There is no lack of excellent restaurants on Lošinj, the most famous of which is Alfred Keller. Located within Boutique Hotel Alhambra, this restaurant runs under the guidance of 2-star Michelin chef Christian Kuchler and was even awarded one Michelin star! Applauded thanks to chef Michael Gollenz's creative vision, Alfred Keller fuses French cooking techniques with local flavors and ingredients sourced on the island. The restaurant’s ever-changing menu is a showstopper that entices local and foreign palates.

Another famous eatery on Lošinj is Artatore, located 7 kilometers from Mali Lošinj and 50 meters from the sea. Since 1972, this restaurant has run on a long-standing family tradition, focused on local specialties enhanced by the island’s wild and medicinal herbs. Lobster spaghetti, crab soup, lamb, and grilled clams are just some delicious dishes you can enjoy here.

And located off the beaten track in Veli Lošinj? Don’t miss Mol, a seafood restaurant set seaside amongst the town’s colorful facades. 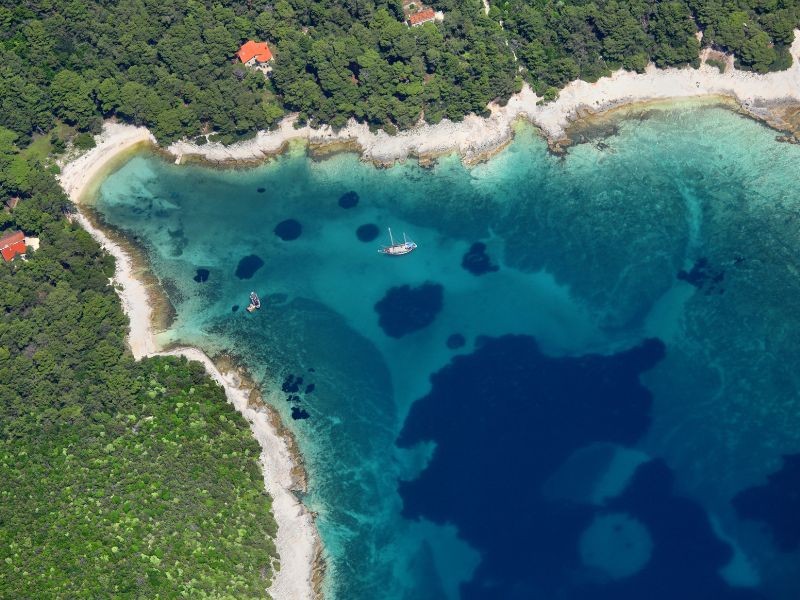 It’s impossible to deny that Lošinj boasts some of the best beaches in the Adriatic, one of which is Veli Žal. Naturally stunning and located in the sunniest bay on the island, this beach was also the first on the island to be awarded the prestigious ‘Blue Flag.’ A pebbled beach applauded for its cleanliness, Veli Žal is also great for families with children. There are loungers to rent, restaurants, and cafes for beachgoers, too! More popular beaches sit northwest of Mali Lošinj in Čikat Bay, with entertainment in the form of water sports, massages, and much more.

But what if you want something a bit more secluded? Head to Javorna, a remote beach near Veli Lošinj. Wrapped by pine forest, this rocky cove offers zero amenities, promising the ultimate no-frills beach experience.

And we can’t forget about Krivica, an idyllic and sheltered bay near Veli Lošinj where you’ll likely stop to drop anchor anyway. This pebbled beach sits along this narrow, zig-zagged bay, bordered by Lošinj's famous forest for a whimsical and wild beach day. 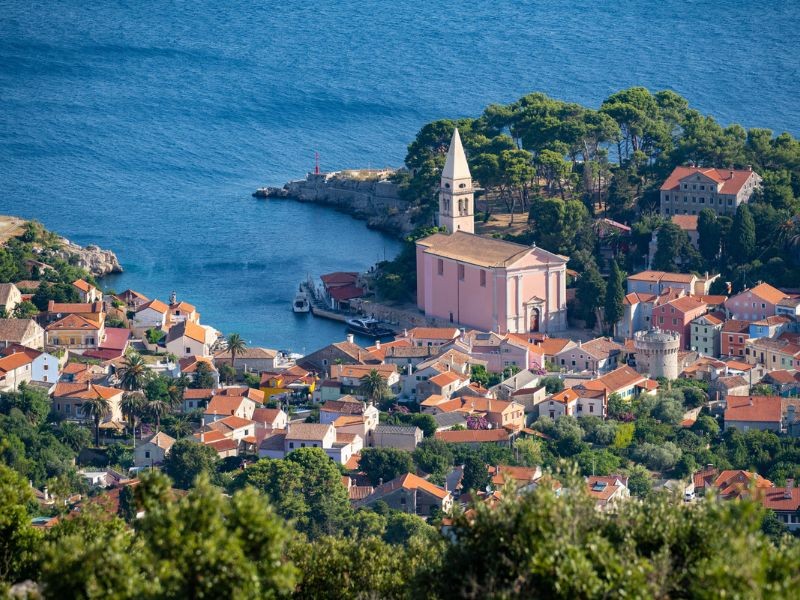 It's no surprise that the outdoors are king on the island of vitality, where its mild climate and evergreen vegetation set the stage for a world of outdoor activities.

Čikat Forest Park next to Mali Lošinj is ideal for anyone looking to enjoy relaxing strolls on the island. This man-made ecosystem offers manicured trails that run through various Mediterranean flora and fauna. Interestingly, the Aleppo pines were planted on this otherwise barren land at the end of the 19th century, guided by the vision of local naturalist Ambroz Haračić. And if you’re in Veli Lošinj? Head to Pod Javori Forest Park!

Did you know the Lošinj islands are also home to around 200 resident bottlenose dolphins? Follow Dolphin Way, a path crossing the southern part of the island and connecting the eastern and western coast, traversing Lošinj’s most beautiful coves and bays where you have the best chance of spotting these adorable aquatic mammals.

For those wanting an underwater adventure, Lošinj offers a handful of diving centers from which you can explore the island’s underwater park. Head to Čikat Bay to uncover replicas of 16th-century cannons, ancient amphoras, anchors, World War II machine guns, and cannons. And the best attraction of them all? A replica of Apoxyomenos, the famous Ancient Greek bronze athlete statue. Oh, and speaking of Apoxyomenos, the Museum of Apoxyomenos is one of the island’s must-see museums, dedicated to discovering this same statue from the 2nd or 1st century BC!

And if you’re after one of Lošinj’s best views? Take the Aspyrtides educational trail to the Providenca lookout, where you’ll be greeted at the top with an intimate bar themed by the names of famous Lošinj ships. The 300-meter trail is worth the view, where you can follow 28 interpretation panels with photos and text. In addition, the island has around 280 kilometers of footpaths and cycling trails for all walkers, hikers, and trekkers looking to stretch their sea legs.

With its supreme air and sea quality, 1200 plant species, 230 medical plant species, and aromatherapy centers, Lošinj is where your wellbeing goes to thrive.