From Split to Dubrovnik by Road

While sailing is at the forefront of everything we do, that doesn’t mean we can’t admire Croatia’s coastal roads, especially when they’re as breathtaking as they are here. Croatia’s coastline is no walk in the park, though, spanning over 3,600 miles as one of the longest coastlines in the Mediterranean. Each portion promotes a unique perk of Croatia’s Adriatic charm, from the heights of Istria to the depths of Dubrovnik. But one part, in particular, is noted as the most popular - the drive from Split to Dubrovnik.

As summer tourism soars in the Dalmatia region of the country, the roads are decorated with eager travelers destined to each Dalmatian destination, with Split and Dubrovnik being two of the region’s most famous. From Diocletian’s Palace to the indestructible Dubrovnik walls, tourists embark on a 200 km journey to explore the ruins of what once was - but did you know there is so much to see outside of these two UNESCO gems?

Omiš, for example, is Dalmatia’s pirate town. Just 45 minutes outside of Split, Omiš sits on the mouth of the Cetina River, with a scenic canyon and sweeping views of the Adriatic and towering mountains. A highlight for adventure tourists looking for an adrenaline rush, Omiš offers canyoning tours, ziplining, and staggering heights for hikers. At the same time, history buffs can dive into the ancient fortresses and picturesque churches. Stop for lunch to taste the EU-protected local specialty soparnik, or kick back on the beaches you’ll find far less crowded than Split. This is one pit stop where the activities are endless. 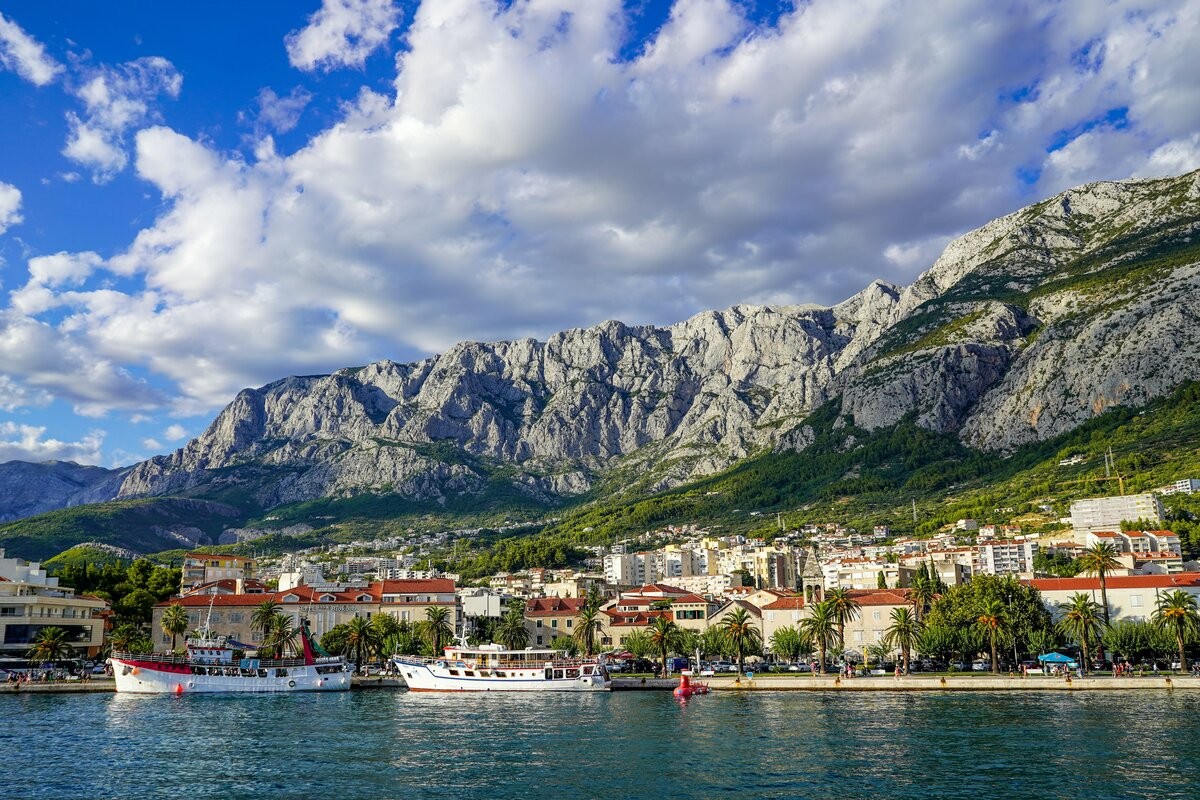 The French may have their riviera, but the lesser-known Makarska Riviera should not be overlooked. Equalling in beauty to its foreign counterpart, the Makarska Riviera is no stranger to foreign tourists. Travelers have booked beach holidays in this coastal jewel for decades, and with beachfront real estate this good, it’s not hard to understand why. The Makarska Riviera boasts quaint seaside towns and tourist resorts, notably Brela, Baška Voda, Tučepi, and Podgora. Protected by the towering Biokovo mountain from behind with pristine pebbled beaches in view, the Makarska Riviera also reveals numerous cultural monuments, bustling restaurants, and curious villages that are a testament to the traditions and trade of the region. 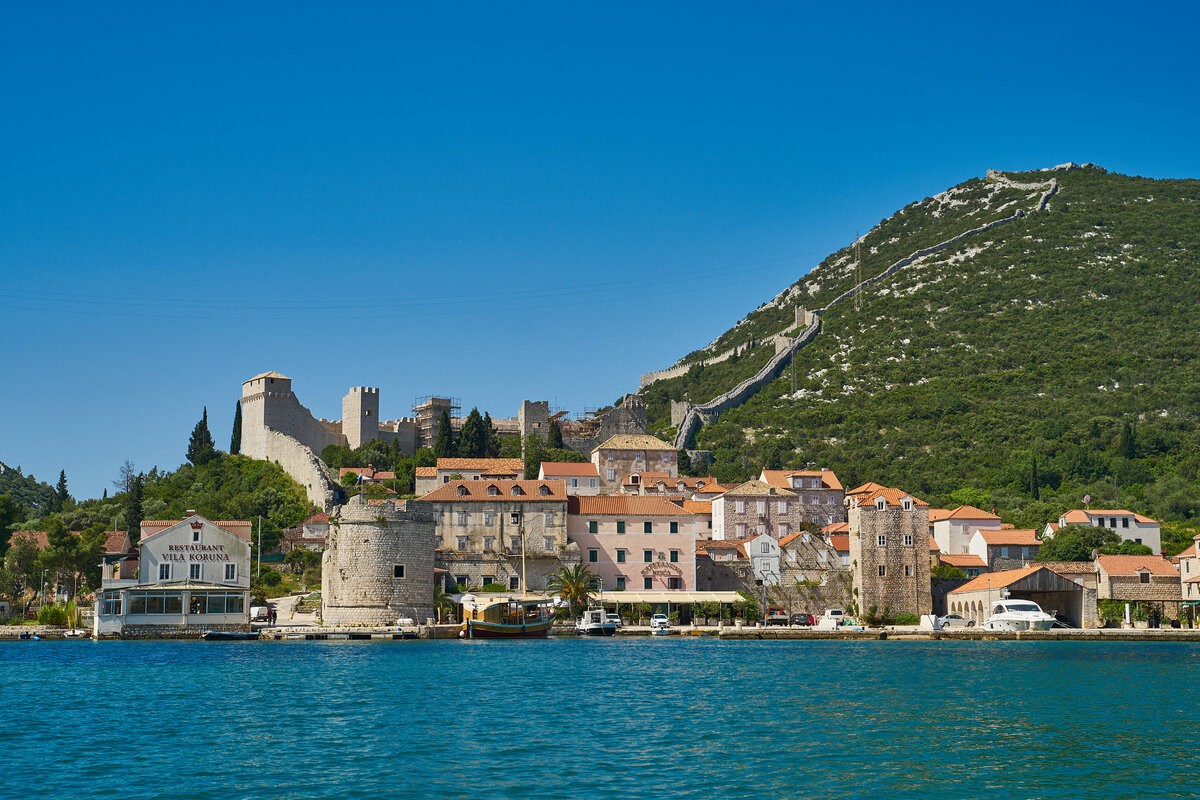 Are you a fan of oysters, salt, and great walls you don’t need to travel to China to see? You’ll want to stop in Ston, nearly the final stretch on your Split-Dubrovnik road trip. About 2.5 hours from Split and less than an hour from Dubrovnik, Ston is a tiny medieval town that thrives off oyster farming and saltpans, though that isn’t its main attraction. The defensive walls of Ston, dating back to 1358, is one of the longest preserved fortification systems in the world. Once over 7 kilometers long though today stretching 5.5 kilometers to link Ston and Mali (or ‘little’) Ston, these walls are known as the ‘European Great Wall of China’ - and you can walk them too! 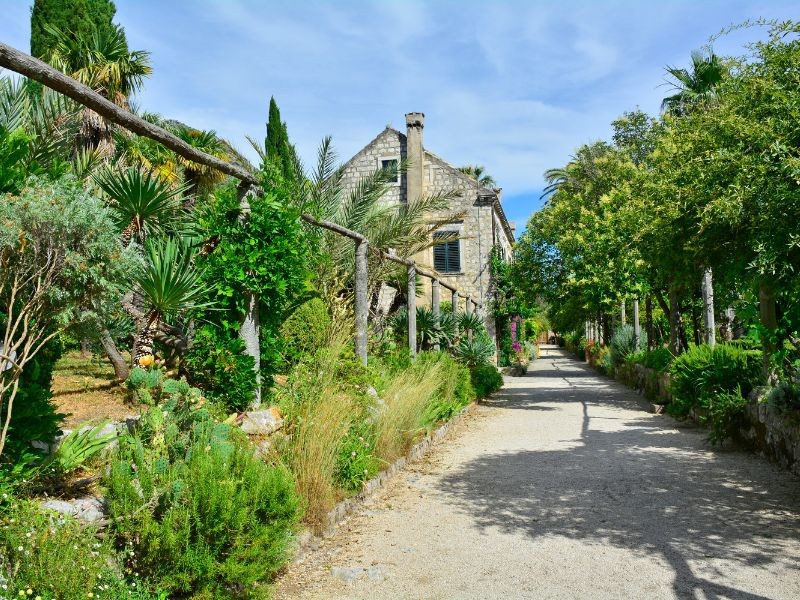 All Games of Thrones fans looking to brush up on their TV trivia before heading to Kings Landing won’t want to miss the Trsteno Arboretum, just a 20-minute drive from the Adriatic Pearl. The perfect pitstop to mix nature, history, and TV, the Trsteno Arboretum is actually the oldest of its kind in this part of the world, with roots dating back to the late 15th century!  As it is the oldest monument of garden architecture in Croatia and only one of 3 located in the country,  the Trsteno Arboretum is known for its historical parks and collection of Mediterranean and exotic plants. It was even protected as a natural monument in 1949! Along with a renaissance park and summer house, a late 19th-century neo-romantic park, and an old olive grove and natural forest, this property also boasts the 17th-century St. Jerome chapel, an old olive mill, an aqueduct from the 15th century, and a baroque fountain with the Roman god Neptune and nymphs. There are a staggering 465 cultivated and 510 wild plant species here, too, so it’s no wonder why it was used as a filming location for Games of Thrones seasons 3 and 4 (you may remember it as the Red Keep palace gardens in King's Landing).

Travel Pro Tip: Perhaps one of the coolest things about the drive from Split to Dubrovnik? You pass through neighboring Bosnia and Herzegovina! While this is just a short stretch through the town of Neum, you will need to have your passports handy for border control before you can continue your way down to Dubrovnik. However, there will be an alternative to this route before the next summer season, in June 2022, when the highly-anticipated Pelješac Bridge is expected to open! This 2,440-meter bridge will finally connect Croatia's mainland with its southernmost region, meaning you can keep your passports at home next time you make the drive.