Exploring Vis island: Off the boat

There aren’t many islands in the world that are beautiful enough to host the likes of Meryl Streep and other movie stars cast in Mamma Mia! Vis Island, however, fits the ‘how can I resist you?’ role, but its claim to fame goes far beyond Hollywood.

It all began when Dionysius the Elder, ruler of Syracuse, founded the colony of Issa somewhere around 397 BC, which many locals believe makes it the oldest town in Croatia. After the Liburnians, Venetians, Napoleonic Kingdom of Italy, Austrian Empire, some more Italian rule, and the Kingdom of Yugoslavia, the vibrant history of Vis really blossomed during World War II when it was the general headquarters of Marshal Josip Broz Tito and the Yugoslav People’s Army.

Closed to foreign visitors during this period until the Croatian state was formed in 1991, Vis can thank the absence of tourists and its military remains for why it is one of Croatia’s most unique islands today. 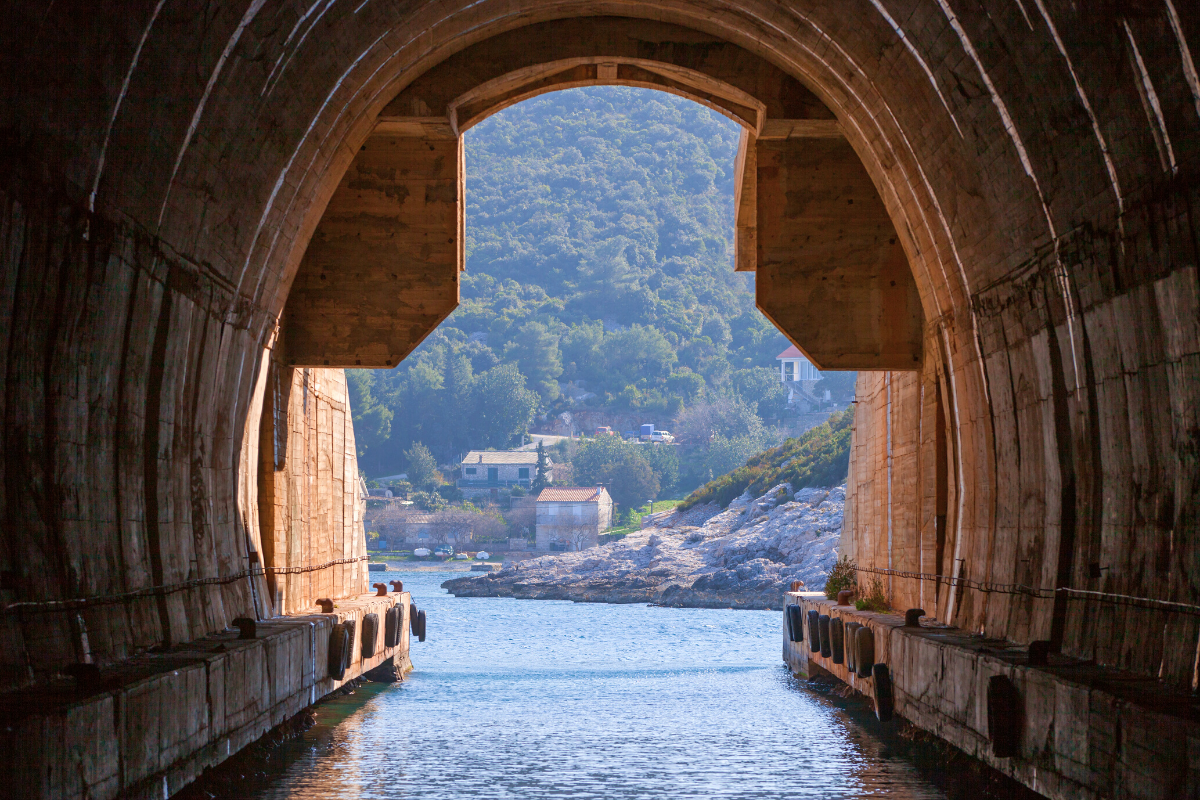 So, what better way to begin than with the island’s military history? If your Dalmatia sailing route takes you to Vis, be sure to head to the mainland to explore the exciting military remains of the island. Because Vis was a military island for almost 50 years thanks to its strategic position (and view of Italy), there are several attractions to uncover, from underground tunnels to a 200-person atomic shelter, former atomic missile command and rocket base, 100-meter-long submarine tunnel, and radar station on the island’s highest peak (Hum). You can even check out Tito's shelter, a cave located beneath Hum! There are said to be 30 different military objects on the island - why not see them all? 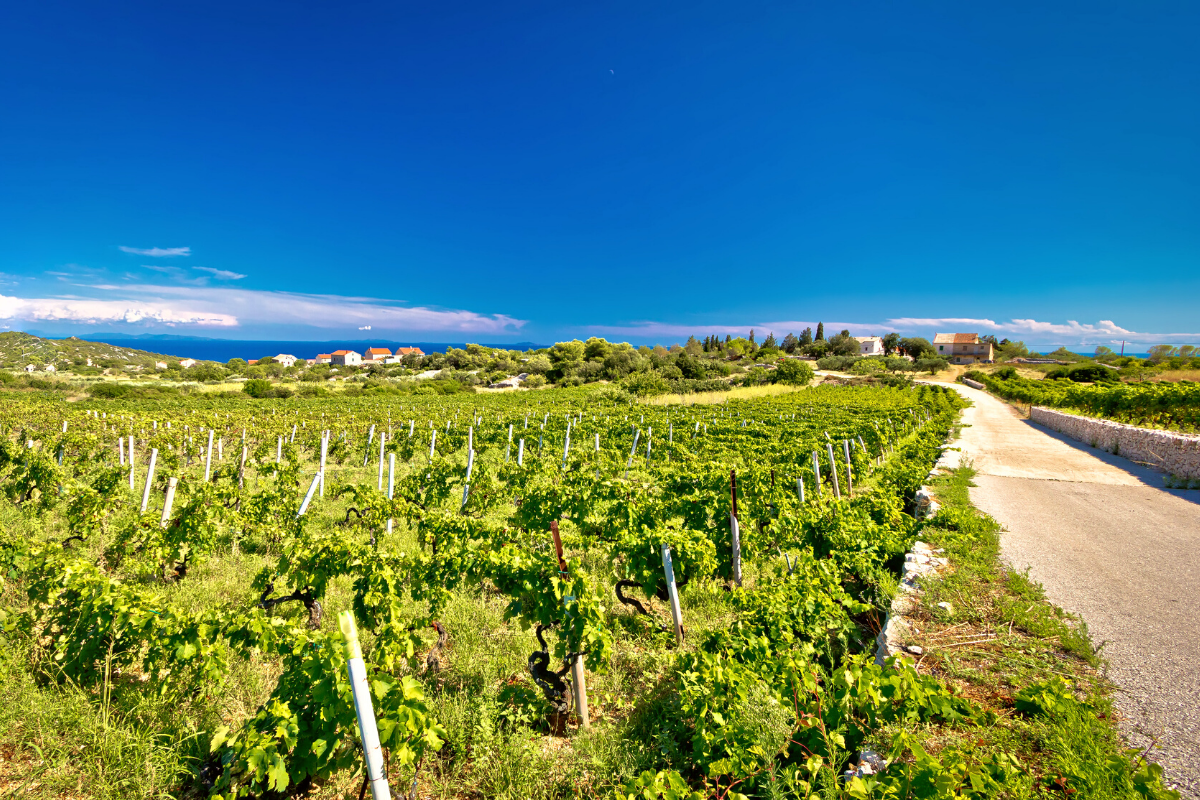 While Croatia has around 130 grape varieties, one, in particular, dominates the island of Vis - Vugava. One of the oldest indigenous grape varieties in Croatia, this white wine grape has a golden color which glows in the summer sun for your tasting pleasure. And there are more than a few wineries where you can enjoy it. A favorite yet still somewhat undiscovered wine spot is on the old road from Komiža to Vis - Aerodrom Wine House. Set on the old Vis military airport, not only can you enjoy homemade Vugava and Komiža bread specialties, but guests can enjoy prosciutto and sheep cheese, and tuna or octopus salad. Vina Lipanovic, on the other hand, boasts a 150-year tradition and is said to be the only cellar in the world located in a military tunnel! 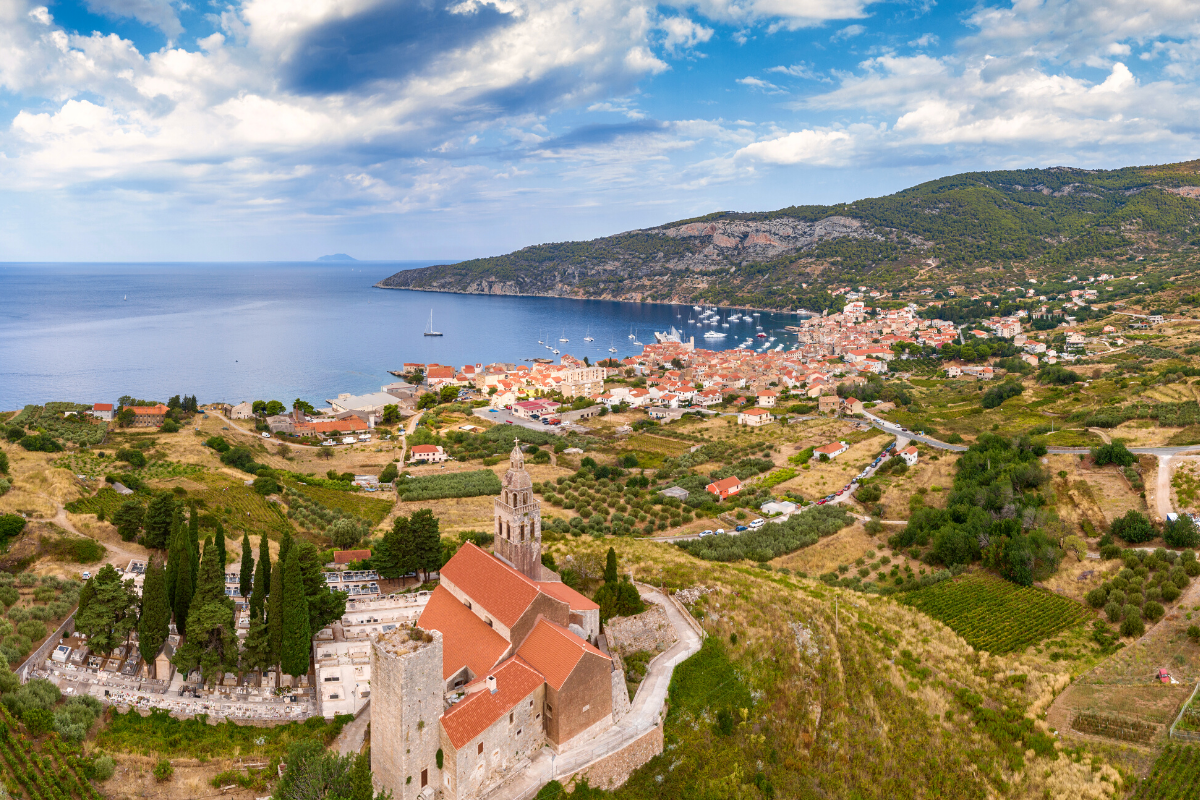 The charm of Vis extends to its small towns that decorate the coastline, like Komiža, a fishermen’s town set at the foot of Hum hill. Komiža’s roots date back to the 12th century, which can be seen in the Romanesque church and monastery set above the town. A quiet and quaint town known to bring in more money from fishing than tourism, Komiža is your ticket to the Blue Cave, with several boat options to Biševo that will get you there in under 20 minutes. If you’re looking to indulge in a lobster dinner or stroll with ice cream on a summer night, Komiža is the spark that brings life to Vis Island. 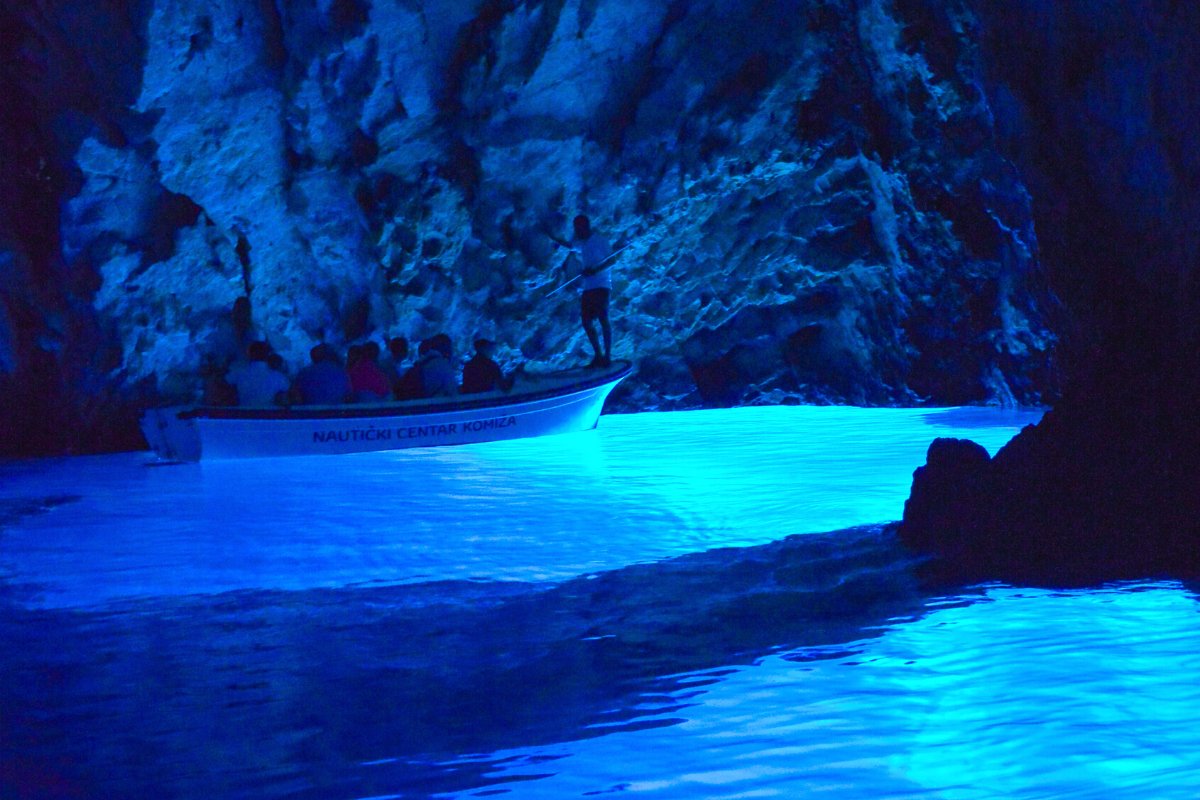 And once you’re in Komiža, there is no reason why you shouldn't visit one of Dalmatia’s top attractions - the Blue Cave. Increasingly popular among tourists in recent years, the Blue Cave is a natural wonder. The walls of the cave are illuminated at certain times of the day thanks to cracks in the cave’s opening, resulting in a cerulean color play that attracts hordes of tourists all summer long. While the trip to Biševo Island from Komiza is quick, the entrance to the Blue Cave could be anything but. However, you’re willing to sit through the heat for 10 minutes in this radiant rock formation, you’re likely to remember it for a lifetime. 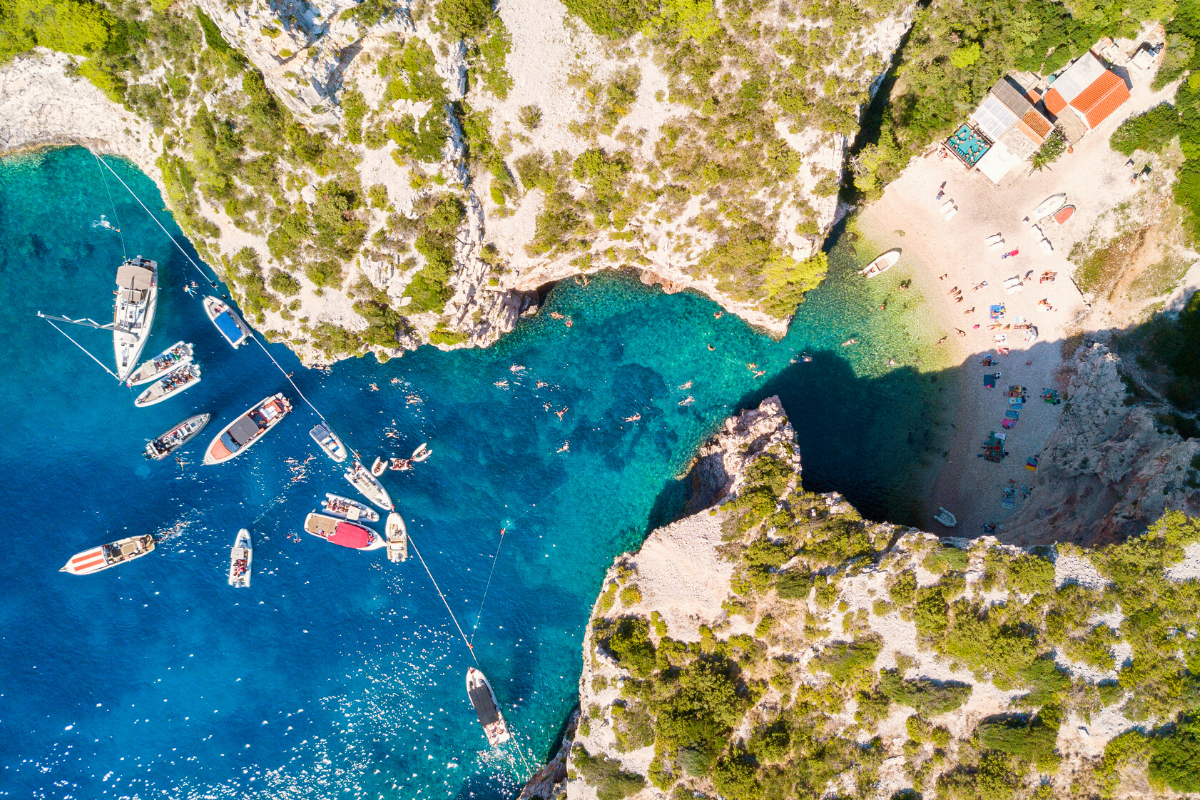 Did you know that Vis Island is also home to Europe’s best beach in 2016? The stunning Stiniva Bay is hard to miss when visiting Vis, even if just for a glance. A protected nature monument in Croatia since 1967 under the status of a significant landscape, this inlet wrapped by high cliffs is hardly recognizable from the open sea, nor can a boat even enter its narrow opening. Today a popular attraction for excursion boats thanks to numerous international media mentions, Stiniva is best seen in the early morning before the bustle of boat tours. But once you swim to the shore, it will all be worth it.

See it all on two wheels 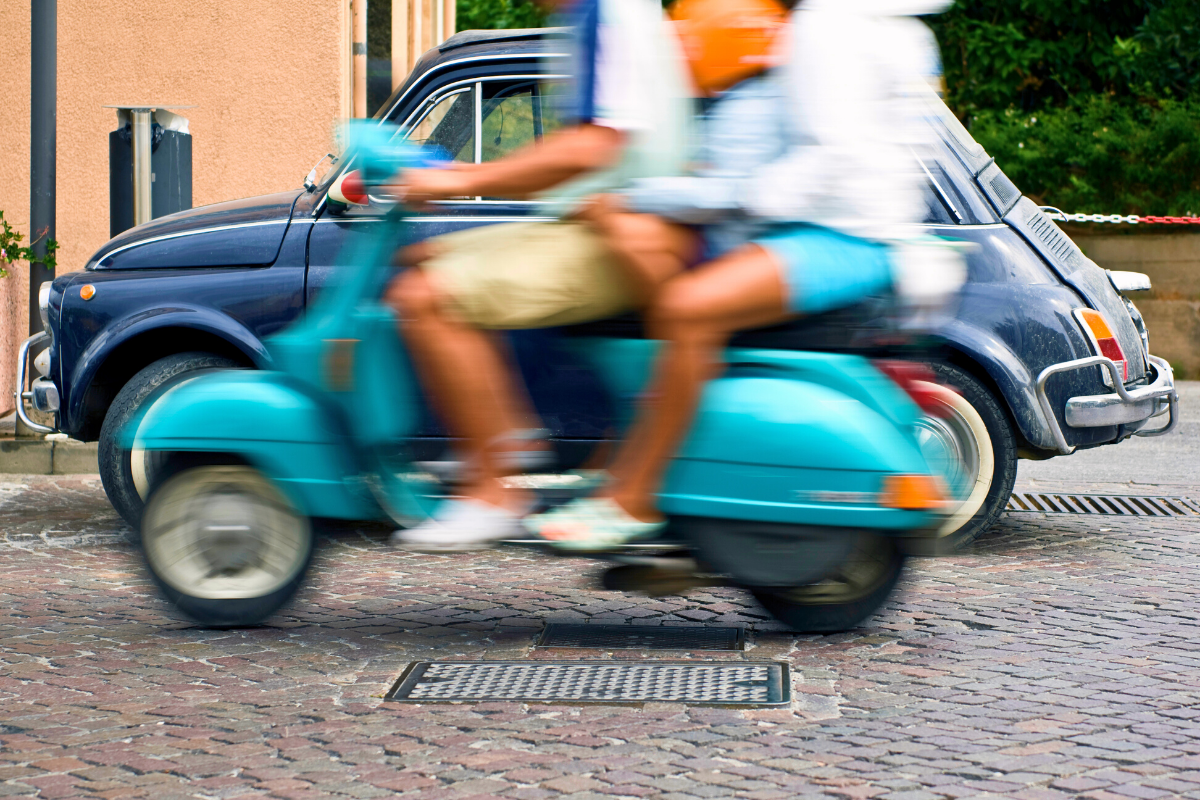 While its colossal history makes it seem anything but, Vis is a rather compact island that you can see most of in one day. Rent a vespa and explore the island on two wheels. Vis in total has less than 40 km of main roads, getting you from point A to B and everywhere in between with ease. Plus, it’s a good way to give those sea legs some rest!