Activities Outside of Your Split Charter: From Fortresses to Ancient Ruins

As the second-largest city in Croatia, it’s no surprise that Split is the hotspot it is today - but when you consider that Dalmatia’s capital is also the hub to the mesmerizing islands of Central Dalmatia, there is even more marvel to attract sailing charter guests.

As most charters likely begin in Split or a marina in the Split area, it’s wise to give yourselves a day or two before or after your charter to check out the attractions on land. Lucky for you, Split and its surroundings offer many hidden gems you won’t be able to reach by sailboat - so why not take some time to explore the beauty beyond the sea?

Here are some of our favorites. 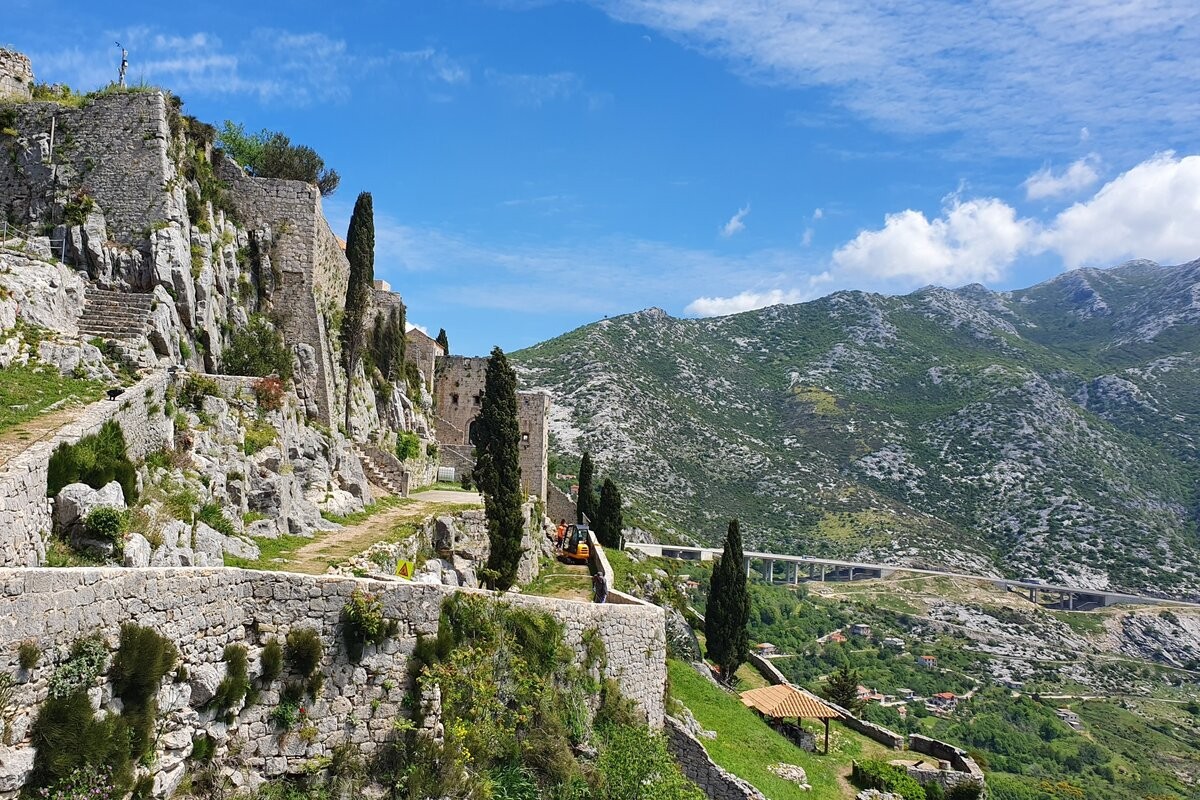 Just 12 kilometers outside of the Split city center is Klis, a tiny town set on the cliffs between the Kozjak and Mosor mountains. Chances are you’ve never heard about Klis, that is until we mention its celebrity fortress. With views extending out to the Adriatic sea and inland into the Dalmatian hills, Klis Fortress was used to exhibit Meereen in the wildly popular Game of Thrones TV series. GoT geeks could likely pinpoint Klis Fortress as where Daenerys Targaryen crucified slave masters in season four. But you don’t need to know anything about Game of Thrones to enjoy this cultural attraction.

Praised for its strategic location in Dalmatia and the Croatian kingdom, Klis Fortress was founded by the ancient Illyrian tribe Dalmatae in the 2nd century BCE and managed to protect and prevail through centuries of turbulence. Sitting at an altitude of 360 meters to carefully patrol and guard against invaders, this fortress was once occupied by the Romans, acted as the seat of many Croatian rulers, and was ruled by royal members. However, it was lost by the Templars, attacked by the Mongols, and eventually fell to the Ottomans in 1537 after decades of resistance from local Uskok warriors. Klis Fortress finally fell to the Venetians in 1648 and remained in their hands until 1797 once French rulers came to town. After the First French Empire fell, the fortress became part of the Habsburg Monarchy and finally Croatia.

So, what’s there to see at Klis Fortress? Well, quite a lot! In addition to breathtaking views, you can find an 18th-century gunpowder chamber at the top of the fortress and a 17th-century weapons depot with a collection of swords, muskets, and armor. You can even see replica Uskok uniforms! In addition, there is a museum that exhibits archaeological inscriptions and the Romanesque St. Vid Church. Better yet, the price of your ticket includes access to an interpretation center detailing the fortress’s history, or you can choose the Stella Croatica ethno park just 3 kilometers away to taste the local products of Inland Dalmatia in a botanical paradise! 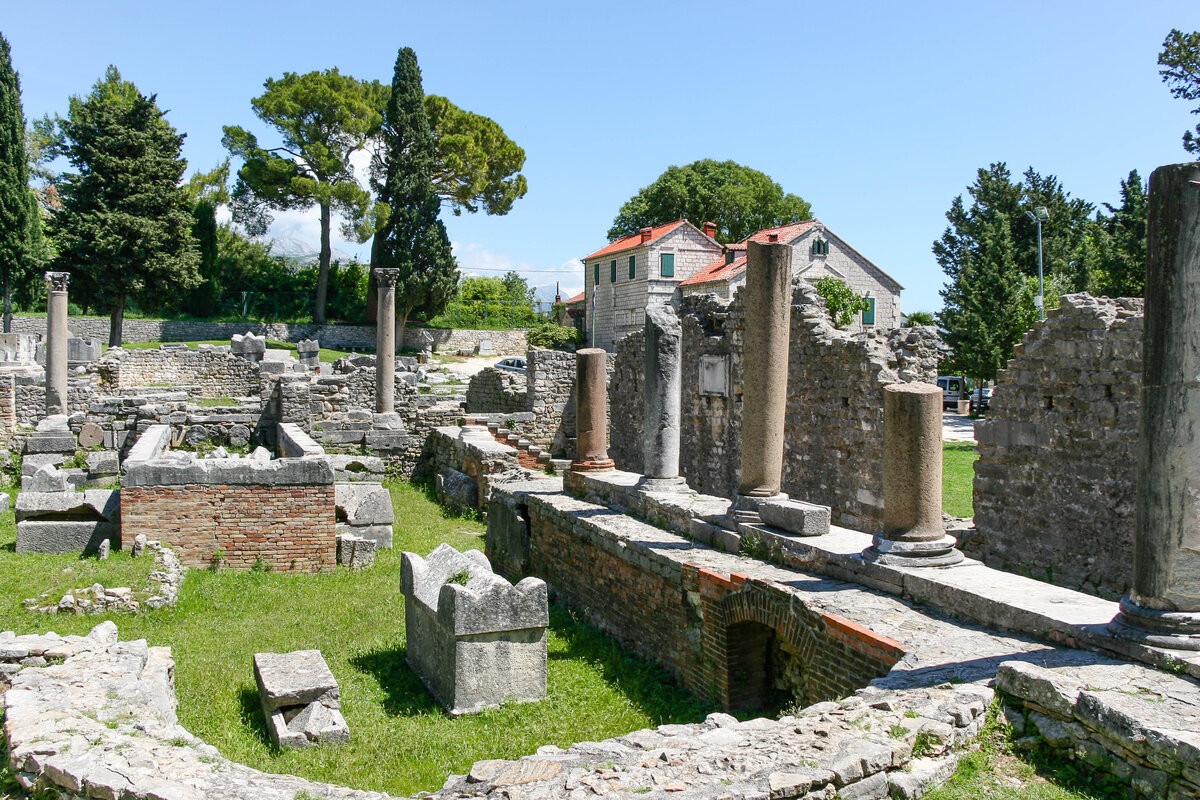 And just like Klis was one of Croatia’s most important strategic locations, the ancient city of Salona has historical significance, too. Once the capital of the Roman province of Dalmatia, Salona is located less than 7 kilometers from Split’s city center, inside the town of Solin. While it was first mentioned as an Illyrian town in 119 BC, it was snatched by Augustus and the Romans in 78 BC and became the capital of the Dalmatian province with over 60,000 inhabitants! Those of you that have already visited Split may know a thing or two about Emperor Diocletian and his 3rd century AD palace that still stands in the city’s central core today, but what you may not know is that Diocletian chose Split as the location for his retirement home because it was close to Salona (while some say he liked Split’s sulfur springs, too).

As all good things must come to an end, so did Salona and its glory when the Avars and Slavs destroyed it in the 7th century. Its remains, however, are left for you to explore today.

Like the 2nd-century amphitheater, later destroyed in the 17th century, which once had space for 18,000 spectators! A cemetery holds the remains of the gladiators killed in the amphitheater, while the Manastirine Necropolis is scattered with the sarcophagi of Christian martyrs. You can also find the ruins of public baths, a 1st-century city gate, and an aqueduct. The remains of the Five Martyrs Basilica sit just outside the ancient city walls, while you can also explore the ruined 6th-century basilica by Bishop Honorius II in the shape of a Greek cross. The remains of a forum, Temple of Dionysus, and theater are also on the grounds. The Tusculum archaeological museum, built in 1898, also houses an exhibition dedicated to Frane Bulica, a Croatian priest and archaeologist that studied Salona’s history!

And should you get hungry? Head to restaurant Tusculum, where dishes are crafted according to Roman ingredients and traditional Dalmatian cuisine. 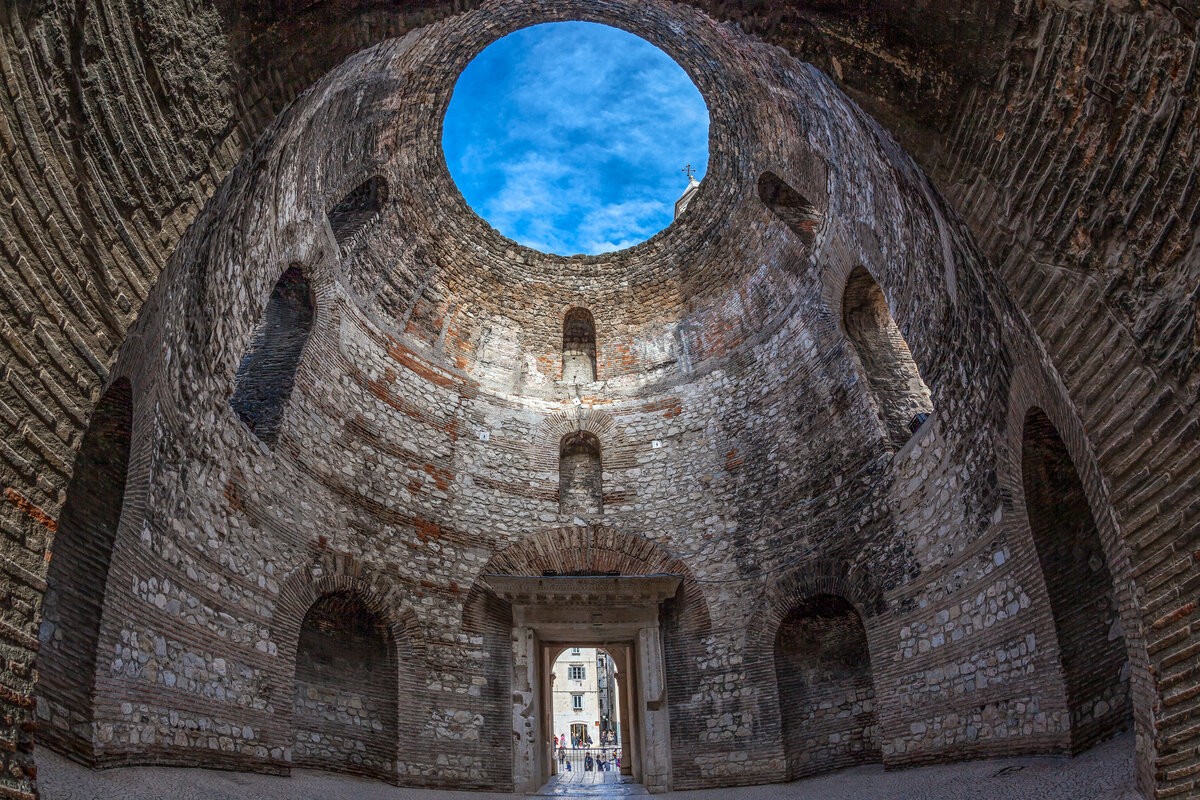 And if you’d like to mix ancient history with TV fantasy? Hop on a Game of Thrones tour! You don’t really need to be a fan of the series to enjoy this, but it does help. Most Game of Thrones tours begin with a walking tour of the 1700-year-old Diocletian’s Palace in Split. You will explore the famous emperor's cellar (or where Daenerys kept her dragons) and other critical cultural attractions like the Vestibule, Peristyle, and ancient palace gates. Better yet, most of these tours take you to Klis to uncover the hilltop fortress (or Mareen) and a 600-year-old stone water mill on the Žrnovnica River, which acted as a backdrop to one of the series’ most famous bathing scenes. Many of these tours also include a traditional peka feast, either in the fortress or at the mill, to ensure a taste of Dalmatia penetrates your TV knowledge.

Bonus tip: Did you know that the village of Kotlenice, just 30 minutes away from Split, is home to a protected geomorphological natural monument? Meet Vranjača Cave, located inland at the foot of Mount Mosor, which opened to the public in 1929. Abounding in stalactites and stalagmites, pillars, and arcades, this karst cave was declared a protected geomorphological natural monument in 1963 - and with a year-round temperature of about 15⁰C, it’s the perfect place to beat the heat!